So around a month ago, I told you all, that January would be the month of bugfixes and forest area. Well, something went really differently… Here is what I’ve got done this month.

That’s something, that I totally forgot to mention, but the game main focus is on the Burning Knight. And BK battle was pretty boring before, and he had the same attacks for all depths, but that’s not true now. I’m currently in progress of creating 16 attack sets, that BK will choose from to make the game more dynamic and interesting.

3 of them are done so far, here is how the first one looks:

Almost no bugfixes what so ever

Yeah, I really need to get this stuff out of the way.

This is literally my favorite part of January commit history! The game had a small set of jokes (like "BBQ is ready", etc), but it was pretty small. And then one morning I posted a small contest on Twitter, asking for your joke ideas… So yeah, now we have not only more than 120 cool titles, but I also introduced loading screen jokes (because why not), and wow, I love them! So yeah, thanks a lot for your help, guys 🙂

I’ve wanted to get some extended-charset fonts for a long while (like since May), but for some reason, I managed to do that this month. I asked THE BEST PIXEL FONT CREATOR to upgrade two of his fonts (add characters to make them usable for languages like Spanish, Russian, etc), and just look at them!!!

no support for cyrillic characters? I can add them to any of my pixel fonts – or draw a custom one from scratch! 😉

They work so much better than previous fonts, I love them!

So BK website was hanging around for a while now, but it didn’t look quite good to me, so I decided to get back to it. One of the reasons for that was that @MatchRagamuffin an awesome promo artwork piece for BK, so I went ahead, redesigned BK website, as well as created an Itch.io page, that works as a preorder for now, but it’s purpose more to let the people know, that something is going on with this game.

Plus, BK will get a wiki at gamepedia.com, but that’s still work in progress.

So this was a tiny side project I’ve been working for a few days, I had a sudden idea of writing a Lua into JavaScript compiler, and it ended up even working. I even implemented metatables, and two big thing the current implementation is missing are vargs and for k, v in pairs(array) do loop. But as the project grew, I started to fear the performance issues, because since JS doesn’t support operator overloading, I had to do things like replacing every operator with a function call, that checked if the value is an object with a metable and an __add function, and otherwise called the normal operator.

So yeah, it was a cool little experiment, but I don’t think I will ever get back to it.

I said that I will get back into making weekly carts, huh? Well, I did. Every Monday I will release one, and so far I created 4. Why Monday? Don’t ask me, I have no idea why… 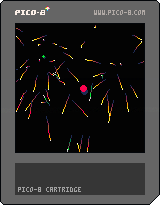 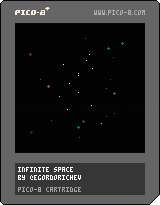 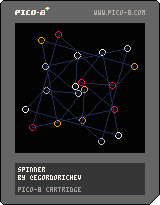 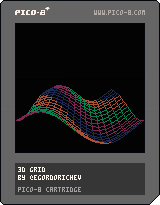 Click on any of them to see them live!

There are a bunch of jams, I would love to join in February, but it looks like I’m running out of time at this point. For BK my next goal is to finish implementing his attack patterns, and move onto… em… probably item content? Will see how it goes.
Till then, take care!