Also, hey, I wasn’t sitting without a task for the last month, so here is a short list of things I’ve done, that are somewhat exciting:

Trust me, there are so many not exciting things, that I had to cut from this list, just because… Well, they or wherein java edition, or just too boring.

So let’s dive into it, and have a closer look at all that cool stuff!

Before this point, the dungeon did not have much stuff, except walls and floors. I had this idea of having random things here and there for a loong while, and I finally got around implementing it.
And I don’t regret it. It’s really fun to break things, plus if you miss your shot, you have a chance to break a prop instead. I also have plans to let players pick them up and throw at enemies (imagine how fun that would be!!!). Some of the props, tho, are not as simple as they look, for example, cactus hurts, as this commit suggests:

Some other props might drop loot or spawn enemies.

I really like Hammer-Head mutation from nuclear throne, that allows you to break walls with your head, but sadly, in case of Burning Knight, that would break the game, because you will be able to reach the exit without killing everyone in the room. But I found a replacement: I’ve introduced another wall type, planks, that will break if a bullet or a sword hits it. And of course, it will break with tons of particles, screen shake and freezeframes, so it feels really nice.

Paintings (they are also breakable)!

Burning Knight used to have random decorations on the walls, like mirrors and torches. It was good, but not good enough… So this week I’ve introduced paintings into the game!

I’ve been having fun with destroying stuff lately pic.twitter.com/p682u7jlpA

Paintings and destroyable props, as well as… Cactus hurts xD
They are a nice way to make the walls more interesting, plus you can collect them, and they are just nice! And I already packed tons of references into them!

I don’t want to spoil much, but I will just say: making enemies walk on walls was hard! 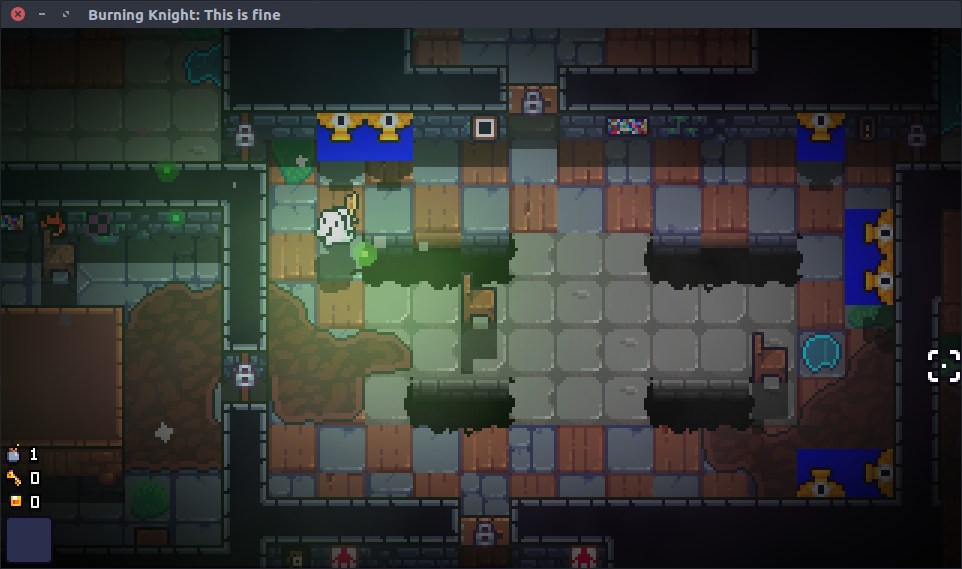 Today I’ve implemented this basic level editor for @BurnlngKnlght, the game is still procgen in the most parts, but some NPC hub rooms were and will be handmade. pic.twitter.com/tUzpGS0OTw

Just look at it! It will be shipped with the game, and you will be able to design your own dungeons!

Items are now defined in json!

Before, items were stored right in the code. And well, that started becoming quite a bit of a mess, and when I moved to C#, sweet sweet hot-swap stopped being a thing, sadly. So, I updated the item creating process, and now you can define items in json! As well as becoming more modular, the system is now more easily moddable for non-c# people, plus now I can hot-swap json, what means, that I can hot-swap items too!

Room generation is now split into generating floor (decor) and walls (obstacles), that allowed me to mix floors and walls more, and now the rooms feel much more alive.

Secret movement technics are fun, so I’ve added a bunch of them, such as REDACTED xD 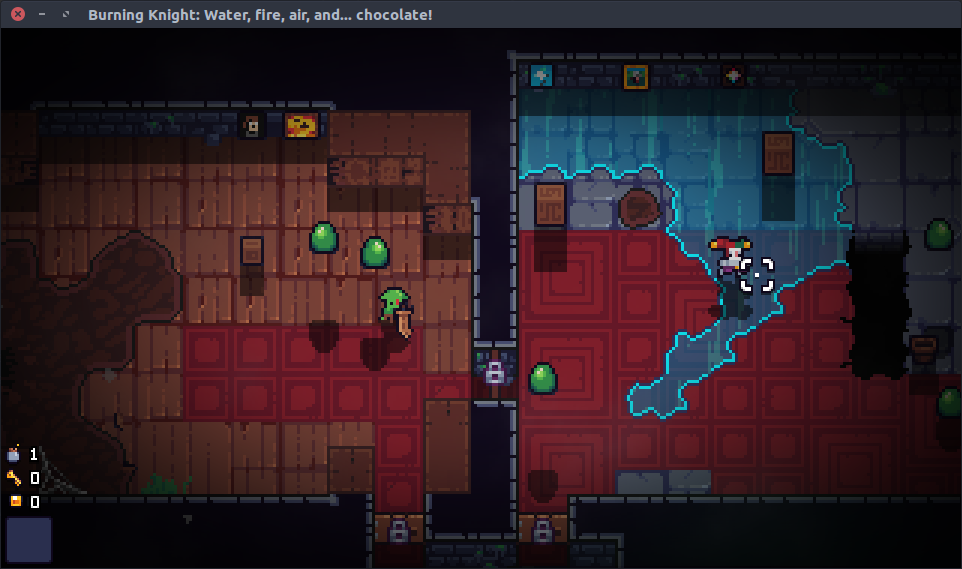 Before, all the shadows were simple circles, but now they are much more complex, and I think it looks much better. It’s a bit more complex to render, but I think it’s worth it.

I also did a redesign for the website, minified it (as well as this site), and it might seem a bit less exciting without the cool background, but that background made browsers lag so much! Plus, I’ve added a nicer screenshot preview thingy 🙂

I’ve made 3 attempts to make a nice trailer for Burning Knight. I can’t find the first one, but here are my two last attempts (sorry for the quality):

And you can see, that I’m not too good at making trailers. So we run a competition on our Discord server, and here are a few teasers, that guys on discord made:

My current goal is to get a test build going before the end of this month. I’m going to post it in our discord server, so you know what to do 😉

So that mostly includes polish and adding items right now, but probably other things will pop up on the way. Will see how it goes.
And by the way, please wishlist Burning Knight on Steam! It really helps 🙂