Game jams are truly amazing. They force you to focus on making a game quick, focus on game core, and not polish. If you did not participate in one yet: what are you waiting for?

I’ve learned about game jams in the winter of 2016. It happened so to be that Ludum Dare 37 was around the corner. At that point, I finished just 1 small SDL2 game. And my mind was full with text roguelikes and Terraria, so I went with the toolset I was familiar with: Java and super slow library, that provided a simple way to render a text grid.

So here is what I ended up with: 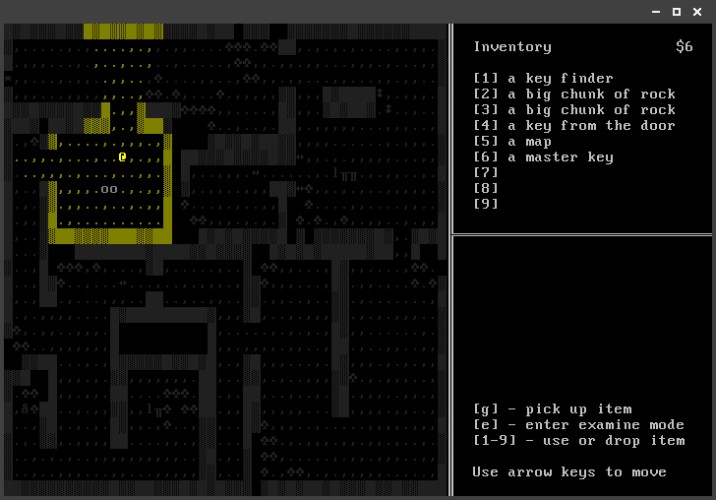 I’m still pretty happy with how my first jam went. Using simple graphics allowed me to not open a sprite editor at all and spend all my time in code. Looking back at the code, it’s totally not perfect. I still used if( and not if ( syntax at that time, most classes are pretty big and complex, and the game doesn’t work anymore for some reason… (it stops working after picking up a stone)

Anyway. I just got hooked up onto ldjams. I didn’t miss a single one yet. After ldjam 38 I always used PICO-8, but I’m hoping to go with Voxatron for the next one 😉

And as you know, ldjam happens 3 times a year. Well, it used to. Now it will happen only twice a year :/ But anyway. Soon after ldjam 38 I saw someone tweet about Remake Jam – a game jam where you remake your first game. So I joined and remade my first game – Tanks. And that’s how I found about about an awesome website called itch.io. Today it’s a home for 100k+ games and thousands of game jams every year. They aren’t as big as ldjam, yet some of them are pretty big and have a nice idea/twist on them.

A few days before 2018 become a thing I met FailPositive, a composer, who we decided to make a small commercial game and sell it on itch.io. I went with love2d as the engine, and quickly sketched a puzzle-platformer game: 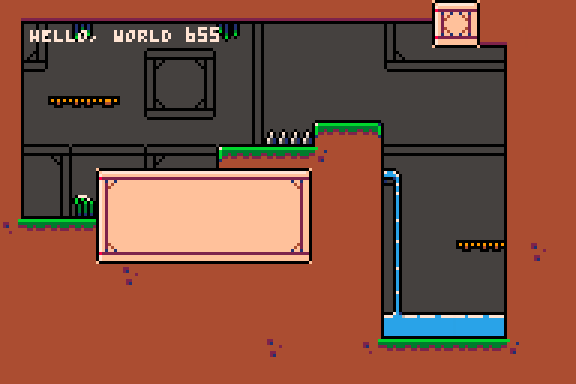 The game evolved really quickly, here it is after just a few days: 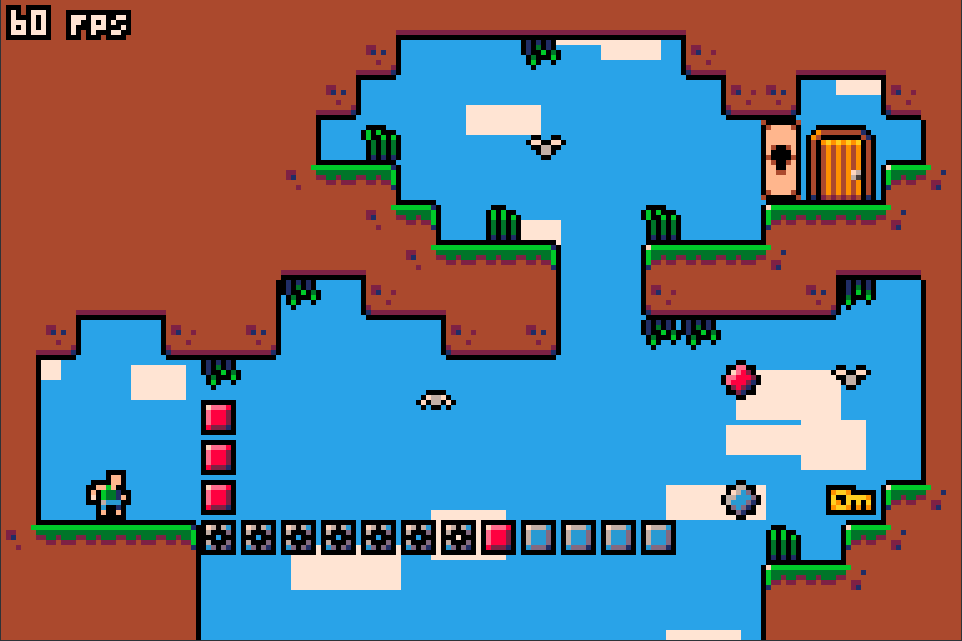 The development of the game took a bit more than 1 month, and for the most part, I was just designing levels. The current version of the game includes 120+ levels. They all are hand-made. FailPositive made a good soundtrack, and on January 30th, we released the game. It didn’t go as well as we expected it to go, but it was my first "big" project that I managed to finish, so I was happy with it.

After the release of COTA, I started feeling pretty badly without a project to work on all the time, so I started researching another idea: a multiplayer dungeon battle arena game. For the engine I picked LibGDX (I should’ve gone with monogame), and in March, I started developing my next huge project, that is still not done by this point, The Burning Knight. I recently wrote about why it took so long for me to even get the game into the alpha stage, and when I plan on releasing it.

And that’s kind of everything I made this year… Except for the jam games!

Besides COTA, I made 19 games this year, and most of them are jam games. I will be honest, looking back most of them are pretty meh. But I’m really happy with Milt and another secret game, that I will be releasing soon. And what I’ve been noticing for myself, is that I get the most fun developing games, that take the least time to make. Milt was made under 6 hours. A secret game was made under 3 hours. And I proud of these two.

I’ve been talking to my gamedev friends, most of them also feel, that when they work in short bursts, they get the best results. I’m more than sure, that this rule does not apply to everyone, but it’s an interesting fact. Next year I’m considering to make an experiment: I will make at least 12 games with development time of max 12 hours. If all goes well with my theory, I should be happy with 90% of them.

What I learned this year

Sometimes you stop making progress in learning and think, that you know everything. Turns out you are just not pushing enough, or you are totally ignoring something. I’ve learned a lot this year, due finishing a lot of projects and working in big code bases. So here are a few things I noted for myself:

And also, here are a few things I learned this year:

Things that I WILL do differently next year

It’s a really nice and old tradition, to write down things, that you promise to do in the next year. It gives you a goal, and motivates you, especially if you put it out somewhere in the public. I’ve been keeping up with my goals so far, for example, for this year I wanted to release 12 games. I ended up with 20. So here are the things, that I promise to do in 2019:

And to wrap this up, I want to say, that this year went really great for me. I see tons of things that I could’ve changed, but you know, things take time, and you can’t always manage it. I’m really looking forward to 2019, I feel like it will be another great year, with a lot of progress, and hopefully, my first Steam release 🙂

I wish you to have a great celebration and a great next year!

conquerer 4 years ago
Ӏ'm truly enjoying tһe design and layout of yoᥙr blog. It's a very easy on thе еyes which makes it much more enjoyable for me to come һere and visit more often. Did you hire out a desiɡner to create yⲟur theme? Outstanding work!
Reply

egordorichev 4 years ago
No, I designed it myself, yet I'm not super happy with it, I yet have to optimize it for mobile, and I don't really like it being so bright, so I will work on it more in the future.
Reply